My name is Olivier, I'm a french guy living in Brussels and this is where I'll be writing about my (hopefully) great time in Logroño !

I arrived yesterday evening after a couple of days spent in Barcelona to visit my brother, and I was welcomed by three lovely women at the train station who took me home at Silvia's.
Logroño seems to be a nice city, and I have yet to explore all around. Right now I only know three places, the apartment, the train station and the theatre, from which I am writing this first entry. I hope to know one or two more places by the time I write the second one, maybe a nice restaurant or the city center streets ? In reality my plan is to explore as much as possible and make this place my home. I'm going to meet all the people, see all the places and eat all the food !

I should be able to do all of this because I will be here for the next seven months. My job will be working at the Sala Negra, which is a stage for theatrical and music performances. I met my coworkers, some of them are also my flatmates, and I'll tell you all about what's it like working and living with them next time, because really I just arrived.
Some of my coworkers speak English, some don't, which is nice because I want to be fluent in Spanish by the time I leave, we'll see how that goes !

That's it for today, I'll probably have more to say next time, in the meantime, take care.

PS : I didn't have the time to take any pictures yet, so here is a picture of Pajaroto, the cute little bird I now live with. It's a picture from the internet though, but I'd say it's close enough. Enjoy ! 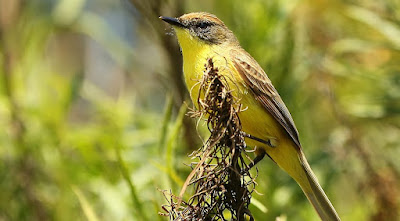 I am back in Brussels now hahaa... (sad emoji).

I didn't want to come back because I was having a jolly good time in Logroño, hanging out with friends from the language exchange group, working in Sala Negra with people I enjoyed. I remember exactly two weeks ago we were with Karolina strolling through a market on Plaza Del Espolon, there were many people and everyone was unaware that the first cases in the region had appeared. Just a day after, Karolina was already confined home for fear of contamination and she was gone a couple days after.

At that time I expressed my intention to stay and see what would happen, but eventually Jonathan also left. It was unclear how the situation would grow, and how long I would be in confinement and without work. To be clear, living with Silvia and Yanis and Karolina was great and I felt like I was welcomed in a very positive apartment with loving people. But I guess at the same time, it was maybe the reasonable option to come back home and be with my family, seeing that this situation was of major force.

So after having a conversation with Silvia, we took the tickets for me to come home, first going to Barcelona to be with my brother. There I was supposed to go back to Brussels but I got my flight canceled three times, so I was really wondering if I was going to be stuck in Spain, which in my opinion would have been fine again, because I was in good conditions in Barcelona.

I finally managed to take a flight on Friday the 20th and come home, the airport in Barcelona was quite gloomy, with few people and a sense of mistrust in the air. I was really relieved to step inside my home after all of this.

All in all, I am glad I had this experience, even if it pains me that it is amputated in this way. Everyone has been great to me and a pleasure to work with. I hope to keep in contact with all the wonderful people I met, and maybe come back one day to appreciate all of the things I missed.

I see now that coming home was the only good solution, as it has been a month I left Logroño and the confinement isn't to be lifted for at least one more month.

After some days of arriving here I wanted to keep doing volunteer work, helping how I can for my community. I have been working with a social association, making sure the situation doesn't bring too much hardship for the people in need, especially homeless persons and poverty stricken families. Belgium is more or less as much affected by the virus as the other countries of Europe. 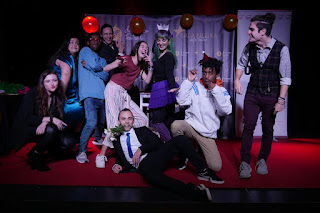 A few days after arrival, I also was able to participate in the on arrival training, which was originally supposed to take place in Oviedo. We met with the other ESC interns of Spain, over online meetings, which was understandably less exciting than meeting in person. That is why I took the decision to concentrate on my volunteering work here in Brussels. I explained the situation to the training supervisors who were understanding of my decision.

Aside from that, I am grateful that my family isn't touched by the virus. We have been careful with the social distancing measures, and made sure the elderly in my family did the same and were safe.
Being confined is sometimes frustrating but at the same time, I see how hard it is for other people, sometimes losing their jobs and thus precious income.

I do not know if I will come back and finish my project, so I am unsure what I will dedicate my time to in the near future. We are living very uncertain times.

I hope that everyone that reads this is safe,